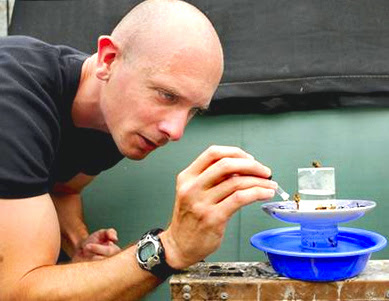 Our April speaker was Derrie O’Sullivan who gave us some interesting alternative views on working with your bees. Derrie is the Chairman of Huddersfield Beekeepers Association. He shared a wealth of experience on his philosophy of ‘hands off’ beekeeping.